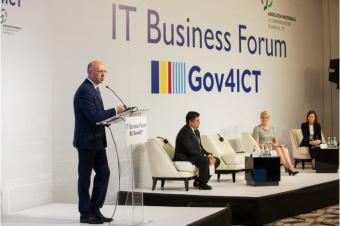 Prime Minister Pavel Filip today participated in opening of IT Business Forum “Government for ICT”, dedicated to the creation of IT parks in Moldova, the government’s communication and protocol department has reported.

In his speech, the premier said that the government’s commitment to the complex process of implementing reforms in various sectors is meant to increase citizens’ welfare and the establishment of IT parks corresponds to the desire to develop high value-added industries, with a significant potential for growth in the domestic economy.

“Given that we have moved from the industrial age to the informational one, I am sure Moldova only now is fast moving into this information age, through the approval of the law and creation of virtual or physical IT parks”, he said.

At the same time, the premier pointed out that IT parks will lay the foundation for a strong IT industry and a competitive regional business environment by simplifying the launch, management and development of business in the field.

“Even though fiscal attractiveness is a significant element, not only the fiscal burden is important for businessman, but objectivity of law enforcement, elimination of corruption and bureaucracy, which led to the idea of applying a 7-per cent-tax on sales within IT parks”, Filip said.

At the end, the premier urged all those who represent this industry to come up with steps to participate in the foundation of IT parks and assured that the government will further pay more attention to developing ICT segment, including strengthening the network of innovation and research centres, Tekwill is a first step in this direction.

The forum is organized by the Ministry of Economy and Infrastructure in partnership with the National Association of ICT Companies and brought together representatives of government, development partners and over one hundred business people. 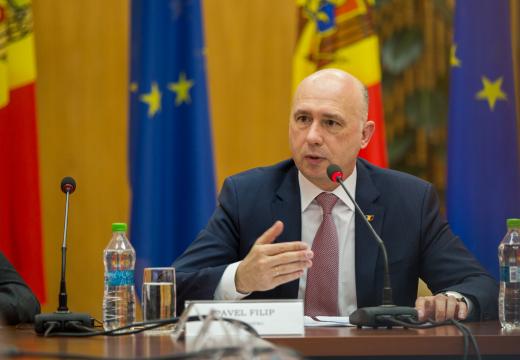