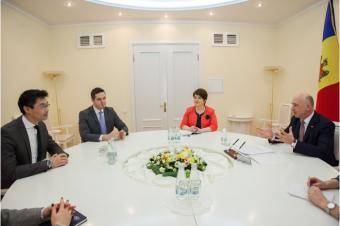 Possibilities to ensure a sustainable cooperation between Moldova and the Davos World Economic Forum (WEF) were brought for discussion at a today’s meeting of Prime Minister Pavel Filip with WEF Executive Director Philipp Rosler, the government’s communication and protocol department has reported.

The prime minister said that Moldova was interested in a consolidated relation with the World Economic Forum. “I would like that we bring Moldova in the focus of the big world political and economic actors and attract as many as possible foreign investments to the country,” Pavel Filip said.

In the context, the PM informed about the measures taken by the government to improve the business environment, such as: reducing the number of state institutions with control duties, thus the controls becoming predictable and more transparent; cutting the number of permissive acts for the work of economic agents; ensuring a permanent platform of communication between the state and the business environment, to remove the present constraints.

The prime minister noted that Moldova currently has concluded an Agreement with IMF, which represents a certificate of trust for the country, had managed to unlock the financing on behalf of the World Bank and EU. “The government has an agenda of ambitious reforms and is set that the 2017 year becomes a year of edification and development,” Pavel Filip said.

In this respect, the PM also said that Moldova wanted to learn from the best world practices and adapt the successful networks of the world to the realities from Moldova.

For his part, World Economic Forum Executive Director Philipp Rosler congratulated the authorities for the results achieved and invited the government’s leadership to participate in the Annual Meeting of the New Champions, called also the summer Davos, due in China, in the Dalian city, on 27-29 June 2017. The discussions at this prestigious world forum will be focused on global challenges in terms of environment and technology.

Prime Minister Pavel Filip thanked for the invitation to take part in this prestigious international meeting, stressing that the IT sector was of special importance for Moldova and more concrete actions had been undertaken in this field. Thus, the law on IT parks was approved with the levying of a one-off tax of seven per cent of the sales; special attention was paid to the digital education, with an Excellence Centre in IT set up. The PM specified that Moldova was interested in attracting investments in this sector with a high value added, as well as in the participation of foreign companies in the privatization process in Moldova.

The Davos World Economic Forum is the most prestigious international organization for public-private cooperation, the goal of which is to improve the state of the world. Set up in 1971 as a nonprofit foundation, this organization managed to involve the most outstanding political leaders, business people and opinion leaders to model the development agendas at the world, regional and industrial levels. 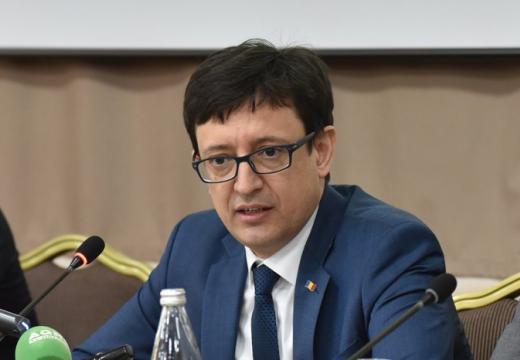 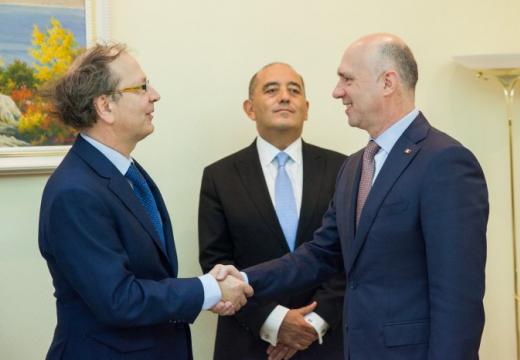