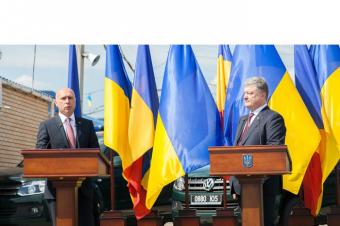 The Prime Minister of the Republic of Moldova, Pavel Filip, and the President of Ukraine, Petro Poroshenko, participated at the inauguration of the Moldovan-Ukrainian joint border checkpoint at Kuchurgan-Pervomaysk on 17 July, the government's communication and protocol department has reported.

During the event, the Premier thanked the European partners for their support in modernization of the integrated border management, based on the European standards and best practices. Pavel Filip also noted the perspective of setting some other crossing points located on the Central/Transnistrian border of the Moldovan-Ukrainian state border.

In the joint press statements, the Prime Minister pointed out the favourable conditions for transport for individuals, goods and means of transport by organizing joint control at crossing point Kuchurgan-Pervomaysk. "This common crossing point comes first and foremost to the interest and comfort of the citizens of the region, as well as to the interest of the economic agents," the Premier said, noting that more than 70 per cent of the total volume of trade in the Transnistrian region is made through this border crossing.

Pavel Filip also referred to political speculation aimed at misleading the public opinion about the intention of the Moldovan and Ukrainian authorities to establish a so-called "economic blockade" over the Transnistrian region. "We make a very clear difference between the so-called leaders in the Transnistrian region and our citizens living in this region. Perhaps the present event is not to liking of Tiraspol leaders, but it is to the citizens’ benefit," said Pavel Filip. Supporting that idea, the Prime Minister specified the volume of exports’ increase from the Transnistrian region to Ukraine by $10 million a year. Also, the Transnistrian region could promote unhindered its exports to the European market too, accounting for more than 60 per cent of the total export volume in the region.

At his part, President Petro Poroshenko mentioned that the event once again emphasized the friendship between Moldova and Ukraine, reiterating firm stance of Ukraine to respect the territorial integrity and sovereignty of the Republic of Moldova. Also, the Ukrainian official pointed out the importance of realizing concrete joint projects, appreciating the good cooperation between both states.

At the meeting on 17 July, the Head of the Moldovan Government and the President of Ukraine also addressed other issues on bilateral agenda, including those set out in the Moldovan-Ukrainian Relations Roadmap, signed between the parties in February 2017. As such, the two officials agreed to intensify the dialogue between the ministries and departments of Moldova and Ukraine, as to achieve the established objectives, such as border demarcation, recognition of Moldova's property on the territory of Ukraine, implementation of the regulation on the operation of the Dnestrovsk dam.

Finally, Prime Minister Pavel Filip addressed the Ukrainian authorities and the Ukrainian people with congratulations regarding the abolition of the visa regime with the EU.

The joint border checkpoint at Kuchurgan-Pervomaysk is carried out on the basis of the Intergovernmental Agreement on the Organization of Joint Control and the Interdepartmental Protocol. Similar control has been carried out for several years at the Moldovan-Ukrainian border crossing points Briceni-Rososhen, Criva-Mamaliga, Larga-Kelmen and Giurgiulesti-Reni. 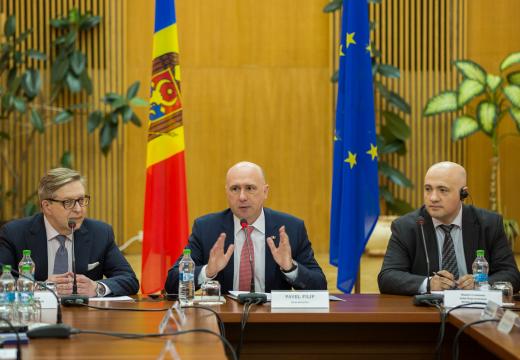 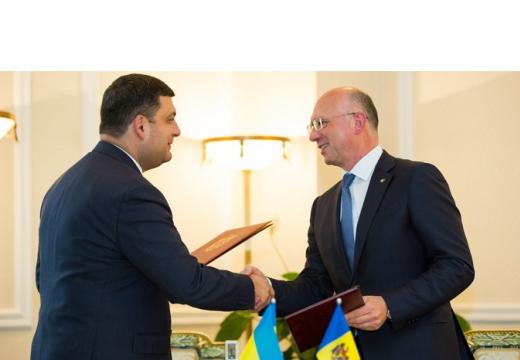 Premiers of Moldova, Ukraine sign roadmap for developing cooperation between two countries for 2018