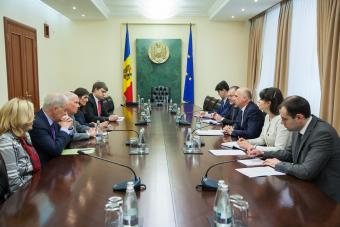 Prime Minister Pavel Filip today had a meeting with Personal Representative of the OSCE Chairman-in-Office on Combating Antisemitism Andrew Baker, on a working visit to Moldova. The officials drew attention to the Holocaust tragedy in Moldova and stressed the need to promote tolerance and mutual respect in the society.

At the meeting, Pavel Filip highlighted the Moldovan authorities’ commitment to work together with the Jewish community, in order to find solutions to the problems the latter is facing. “Moldova is a multi-ethnical country and tolerance is our most valuable quality. We must educate the society in this spirit in continuation as well. The Jewish community’s representatives should feel well and in safety in our country,” Pavel Filip said.

At the same time, the prime minister referred to a recently approved action plan on promoting the remembrance of the Holocaust and education in this field. He stressed that the government would undertake concrete actions to achieve results in this respect.

For his part, the personal representative of the OSCE chairman-in-office on combating anti-Semitism appreciated the Moldovan authorities’ openness for dialogue. Andrew Baker emphasized the approval, in July 2016, of the Declaration on Acceptance of the Report of the International Commission on the Holocaust, and the setting of the day of 27 January as International Holocaust Remembrance Day.

“The action plan on the implementation of the documents approved by Moldova’s authorities must be complex and with a vision for the future. We should not rely only on efforts by the Jewish community of this region in the process of educating the young generation about the consequences of the Holocaust,” Andrew Baker said.

The officials also exchanged opinions on possibility of opening a museum of the Jewish nation in Chisinau and importance to settle the problem on the former synagogue Rabbi Tirilson. In the context, Pavel Filip said the government had already launched a string of actions and discussions on this subject, in order to identify possibilities of building the museum and settling the divergences with the Rabbi Tirilson synagogue amicably. 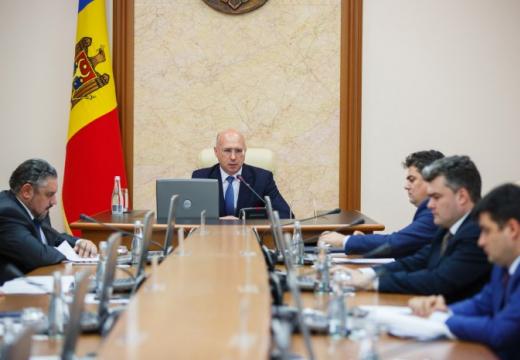