Prime Minister Pavel Filip at the trilateral meeting with Dodon and Candu: I would like to have a cooperation between state institutions 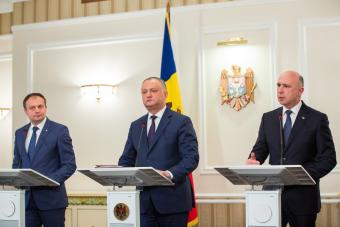 Prime Minister Pavel Filip reiterated the importance of dialogue between those three state branches and the need to resolve differences through communication: "We must place to public debate topics that unite society and represent the state institutions in terms of responsibilities we have. I am open to collaboration and wish cooperation between state institutions, and not confrontation," Pavel Filip said.

Also, Prime Minister referred to reform agenda of Government for 2017 – 2018, including pension reform. "We need reform, not blocking, primarily in the interest of citizens. The pension reform not only provides indexing and valuing pension, but concerns of equity and sustainability of the pension system," added Pavel Filip.

Another issue discussed in trilateral talks was passing emergency loan debt. Pavel Filip reiterated the firm position of the Government on bank fraud conviction, specifying that state institutions would make every effort to punish those responsible for that robbery to repay the money and recover assets. It was also already developed legal framework which would prevent similar future situations, including through strengthening of the National Bank. Pavel Filip said that that solution had allowed stabilizing the situation and avoiding a banking crisis, the shift emergency loan to the public debt being the only legitimate and fair economic solution, moreover, accepted by international partners.

As for agriculture, Head of Executive stated that agriculture should be properly funded, according to the needs of that significant sector for Moldova. So, the Government made substantial efforts to extinguish debts on subsidies to farmers. "Despite the crisis we had in 2015, we could cover all debts in 2016 for grants of 2014 and 2015. And by mid-March this year, we will pay all subventions for 2016," said Pavel Filip.

Despite contradictory opinions on a few themes, officials emphasized the need for communication between state institutions. The sides declared their common decision to make up a working group from Presidency, Parliament and Government representatives to identify solutions to Transnistrian conflict settlement. The officials also shared their opinion on the need to ensure a business environment as beneficial, in order to attract investments and create new jobs. 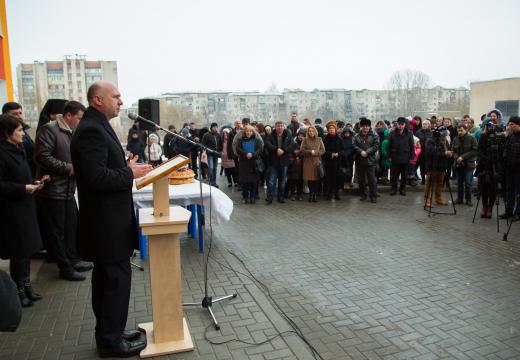 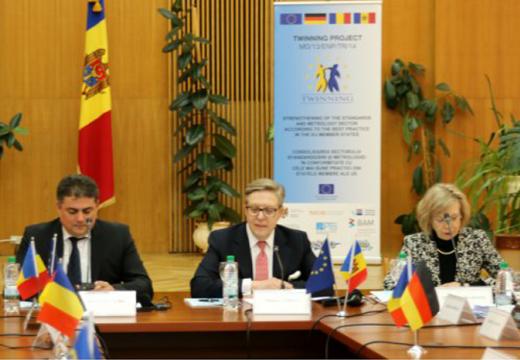